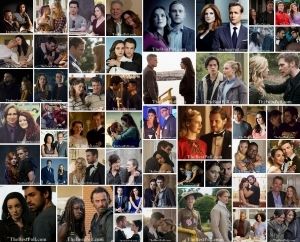 Which one is the Best Couple (or ship) on American Tv Series 2018?

For many of us, romance is what keeps us tuning in to our favorite Tv Series. Sometimes, love takes over our main interest of the show and we like these series due to performance of starring couples. And now we choose the Best Couples on American Tv Series 2018 according to your votes.

12 monkeys, 13 Reasons Why, Agents of S.H.I.E.L.D., Alec and Magnus, Alex and Maggie, Alex and Ryan, American Tv Series 2018, Andy and Sharon, Archie and Veronica, Arrow, Barry and Iris, Belle and Mr.Gold, best couple, best couple 2018, best couple on tv, Beth and Randall, Big Little Lies, Black-ish, Blindspot, Celeste and Perry, Claire and Jamie, Clary and Jace, Clay and Hannah, Connor and Oliver, Coulson and May, Couples on American Tv Series, Couples on American Tv Series 2018, Crazy Ex-Girlfriend, Daredevil, Daryl and Carol, Donna and Harvey, Dre and Rainbow, Elizabeth and Philip, Empire, Felicity and Oliver, Fitz and Simmons, General Hospital, Grey's Anatomy, Hayley and Elijah, Hayley and Klaus, How To Get Away With Murder, Jack and Elizabeth, Jack and Rebecca, Jackson and April, James and Cassandra, Jane and Kurt, Jason and Sam, Jughead and Betty, Kala and Wolfgang, Kara and Mon-El, Kensi and Deeks, Klaus and Caroline, Lito and Hernando, Lorna and Marcos, Lucifer, Lucifer and Chloe, Lucious and Cookie, Major Crimes, Matt and Karen, Mulder and Scully, Nancy and Steve, NCIS: Los Angeles, Nomi and Amanita, Once Upon a Time, Orange Is the New Black, Outlander, Piper and Alex, Quantico, Rachel and Mike, Rebecca and Josh, Rick and Michonne, Riley and Will, Riverdale, Santa Clarita Diet, Sense8, Shadowhunters, Sheila and Joel, Stranger Things, Suits, Supergirl, the Best Couples on American Tv Series, The Best Couples on American Tv Series 2018, The Crown, The Flash, The Gifted, The Last Ship, The Originals, The Walking Dead, The X-Files, This is Us, Toby and Kate, Tom and Sasha, Waverly and Nicole, When Calls the Heart, Wynonna Earp

15 Responses to The Best Couples on American Tv Series 2018