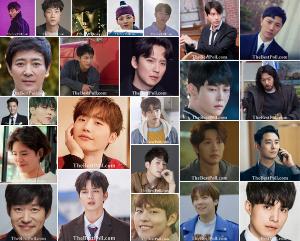 Who is the Best Actor of Korean TV Series 2019?

There are a lot of popular Tv Series in South Korean Televisions. Some of you liked these series because of outstanding performance of actor in a leading role. We choose the best Actors of Korean TV Series 2019 according to your votes. This list is composed of the best actors from Korean TV Series 2019. Choose your favourite one and vote!

If your favourite actor is not take place in our list, we can add him according to your comments above our post. You can vote only once in 24 hours.

32 Responses to The Best Actors of Korean TV Series 2019